First Jetta based on the modular transverse matrix

MQB changes everything. Around 17.5 million Jetta cars have been produced, making it one of the most successful Volkswagen automobiles ever. Now the seventh generation of the best-selling car is making its debut. In a significant technical update, the 2018 Jetta is based on the modular transverse matrix (MQB) for the first time. The results: more dynamic proportions, a more progressive design, improved interior space, efficiency gains, assistance systems that are interconnected more than ever and—in the top versions—a largely digitalized interior.

German-American. In the U.S., the Jetta is the most successful automobile with German roots. From the East Coast to the West Coast of the United States, more than 3.2 million units have been sold to date. Therefore, it has been a long-running tradition that the world premiere of a new Jetta is celebrated in its main market, the USA. In 2010, it was presented in San Francisco, and in 2014 in New York. Now, in 2018, Volkswagen is revealing the latest generation of the Jetta at the North American International Auto Show (January 15–28) in Detroit, Michigan. The new Jetta was systematically designed to meet the needs of customers in overseas markets; there are no plans for a European version. A sibling model of the Jetta now being presented will be offered later in China under the name Sagitar.

Jetta features digital instruments for the first time. Making its debut in Michigan is the most advanced Jetta to date. In many trim versions of the new generation Jetta, standard features include assistance systems such as Front Assist (ambient monitoring system) and the Blind Spot Monitor (lane change system). In addition, Volkswagen is offering the Jetta as one of the first vehicles in its class to feature digital instruments (Active Info Display). Also new: an advanced generation of infotainment systems and a 400-watt sound system from the US audio specialist Beats by Dre. The Active Info Display and the infotainment systems are interconnected and configured in a completely new interior architecture with a digitalized surface that is arranged along a common visual and control axis.

Pioneering aerodynamics. The car’s design is more dominant than ever. With its coupé-like styling, the body is more reminiscent of a sporty gran turismo such as the Arteon than a conventional sedan. In addition, it is also exceptionally aerodynamic with a Cd figure of 0.27; an improvement of around 10 percent in the car’s drag coefficient optimizes efficiency. In turn, this has a positive effect on the fuel economy of the Jetta, which has a gasoline engine that is as fuel efficient as it is torque-strong: a 1.4 TSI that produces 110 kW / 150 PS and has a maximum torque of 250 Nm. As an alternative to the standard 6-speed manual transmission, it can now be ordered with an 8-speed automatic transmission. The new Jetta will launch in Mexico in the first quarter of this year and in the U.S. market in the second quarter.

Four decades of the Jetta

Seven generations of a global success

Jetta, Vento, Bora, Sagitar. 17.5 million Jetta cars have been produced since 1979. It is a global success that goes by many names. First presented in Europe as a car based on the Golf with a large trunk, the Jetta quickly became a success in North America and later in China. 2.3 million units of the first generation alone had been sold. Launched in 1984, the second generation would have sales of 2.7 million units worldwide. The third Jetta was the Vento in Europe. In the U.S., meanwhile, the model series always kept its original name of Jetta. From 1992, 1.2 million units of this generation were produced. The fourth generation Jetta followed in 1998, which was then called the Bora in Europe—with 4.6 million units built, it has been the most successful series to date. In November 2004, Volkswagen introduced the fifth generation; the compact sedan reclaimed its name as the Jetta in Europe. At the same time, however, this generation launched as the Sagitar in China. Around three million car drivers worldwide purchased this four-door Volkswagen that was still a sibling of the Golf. This changed in 2010 with the world premiere of the sixth Jetta, which was an entirely separate design from the Golf. This generation also wrote Volkswagen history, selling 3.7 million units. Over all of these years, by the way, around 3.2 million Jetta cars were sold in the United States. No other car with European DNA has been more successful from New York to Detroit, San Francisco and Miami.

Part of a major Volkswagen product campaign in the USA

Two new models per year. The Jetta will continue to be one of the most important models in the USA for Volkswagen. After Volkswagen’s «year of the SUV» in America in 2017—which saw the debut of the all-new Tiguan and Atlas—2018 will see the U.S. launches of two new sedans: the Jetta and Arteon. Going forward, there are plans to introduce two new Volkswagen models in the U.S. each year. By the end of this product campaign through 2020, the entire North American model line-up will have been updated, and the next generation of electric mobility will have launched. That is because after the I.D. in Europe, the production version of the I.D. CROZZ—the first I.D. model—will be introduced for the U.S. market.

MQB as technology matrix. This is the first Jetta to be based on the modular transverse matrix (MQB). This means that the Volkswagen being revealed in Michigan is technically related to current MQB models such as the Golf, Arteon, Tiguan Allspace (all-new Tiguan for the U.S.) and the Atlas SUV that was developed for North America. All of these Volkswagen models have a high degree of digital connectivity and innovative assistance systems. Thanks to the MQB, the Jetta—which can be delivered in the S, SE, SEL and SEL Premium equipment lines in the United States—already has important assistance systems such as Front Assist with Autonomous Emergency Braking and the Blind Spot Monitor (warns of vehicles in the blind spot) as standard equipment from the Jetta SE trim version. Both systems are available as options for the Jetta S as well. An overview of all assistance systems offered in the Jetta for the U.S. market:

LED headlights are standard equipment. A special atmosphere is created in the new Jetta by a large tilting and sliding panoramic sunroof (standard from Jetta SE) and an entirely new ambient lighting system that has been developed. This indirect interior lighting (standard from SEL) is an innovation in the immediate competitive field. That is because a selection of ten different colors is being offered for the first time. In addition, the ambient lighting in the Jetta is also being coupled to the new driver profile selection. In the Normal profile, the light is white, in the Sport profile red and in the Eco profile blue. The driver can set any of the ten colors for the Individual mode. Light is also a dominant factor on the exterior. Even the entry-level version—the Jetta S—comes equipped with powerful LED headlights. Volkswagen’s use of LEDs as a standard feature for the entire model series is unique in this price class. Also implemented in LED technology are the daytime running lights and tail light clusters.

More dynamic proportions. The new Jetta measures 4,702 mm in length (+43 mm), and its wheelbase has been lengthened by 35 mm to 2,686 mm. To put this into perspective: the dimensions of the Jetta that is offered in the USA approach those of the European Passat. Compared with the sixth generation Jetta, the front overhang was made shorter (-10 mm) and the rear overhang longer (+18 mm). This gives the new Jetta a sportier, more extended and more elegant look. The Volkswagen is 1,799 mm wide (+21 mm) and 1,459 mm tall (+6 mm). In keeping with its exterior dimensions, it offers more head and knee room as well as increased shoulder room and interior height. The long rear overhang also creates an impressive, large cargo capacity of 510 liters—a figure unchanged from the previous model.

Aerodynamic efficiency. The car’s aerodynamics were also optimized by the new proportions and more precise design DNA. The drag coefficient (Cd) was reduced to 0.27—an improvement of around ten percent—by implementing a basic aerodynamic form with a special low-turbulence rear design,

flow-optimized underbody panels, drag-reduced aluminum-alloy wheels and an air curtain at the front end. (Vertical air intakes in the vicinity of the fog lights guide the air through the bumper and serve as an aerodynamic curtain in front of the wheelarches). The aerodynamic refinements have positive effects on fuel economy, CO2 emissions and wind noise.

Newly developed interior—pointing the way into the next decade

Interactive and connected. New in the Jetta are the digital instruments of the 10.2-inch Active Info Display (digital cockpit) that are individually configurable by the driver. These instruments are networked with the latest of the modular infotainment systems (MIB). Together they form a single digital display unit, both technically and visually. Always standard equipment: the Composition Color infotainment system, Bluetooth, USB audio interface and Volkswagen Car-NetÒ App-Connect. App-Connect is used to connect to smartphones and bring their apps such as Spotify Music into the car via MirrorLinkÒ, Apple CarPlay

™ and Android Auto™ (Google). In addition, the Jetta (from the SEL trim) is the first North American Volkswagen to be available with a 400-watt sound system from U.S. audio specialist Beats by Dre.

Soft surfaces, precise lines. The brand new instrument panel design has an architecture that is largely defined by a future-based user interface philosophy. The most important aspect of this is that the instruments (digital from the Jetta SEL) and the new infotainment systems are arranged along a common visual and control axis. This results in a digitally networked,
gloss-black infotainment surface—a cockpit architecture which points the way into the next decade. All key display elements and controls also have a driver-oriented layout.

Two levels. The instrument panel itself is organized on two levels. The upper section with its sporty and ergonomic driver orientation integrates, as mentioned, all key functional units. Only the climate control interface is located as a separate module on the center console where it forms the upper termination of the console. The lower part of the instrument panel has a strictly horizontal design with a fine decorative trim strip that runs beneath the cockpit, across the entire instrument panel and into the doors. Such details contribute to good utilization of space in the interior. One example: on the center console, there are not only two easily accessible cup holders, but also a plug-in socket for a tablet. In front of the gear shift knob—and beneath the user interface for climate control—there is also a storage compartment with a USB port for a smartphone.

TSI and new 8-speed automatic. The Jetta engine is once again an efficient 1.4-liter TSI. The turbocharged, direct-injection gasoline engine develops an output of 110 kW / 150 PS at 5,000 rpm; its maximum torque of 250 Nm is available from 1,500 rpm. The base version, the Jetta S, is equipped with a 6-speed manual transmission. From the Jetta SE, a newly developed
8-speed automatic transmission transfers power to the front wheels (optional for the Jetta S). Its broader spread of gears has positive effects on drive-off performance and fuel economy. 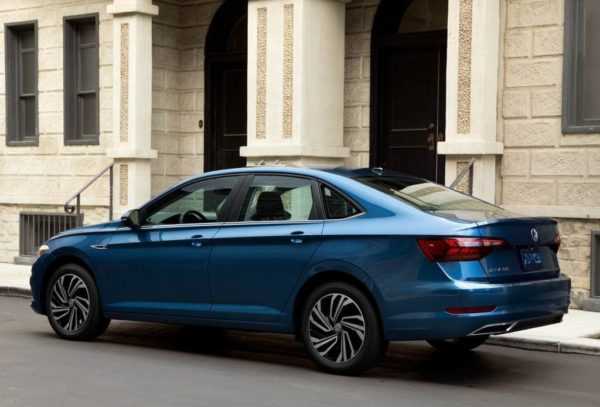 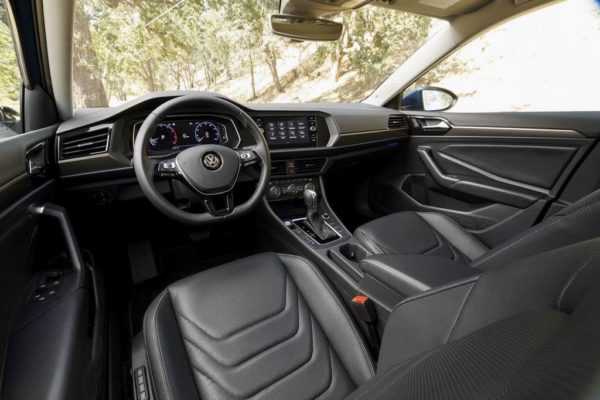 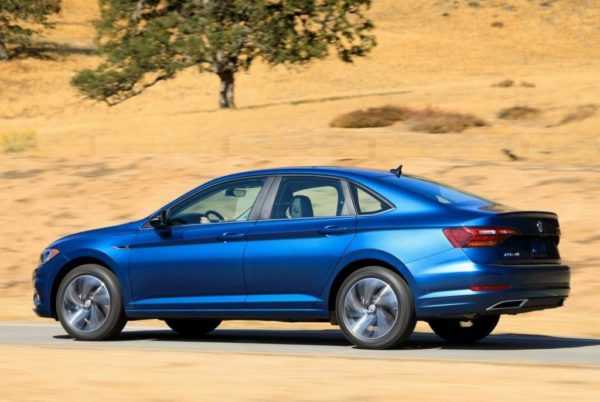 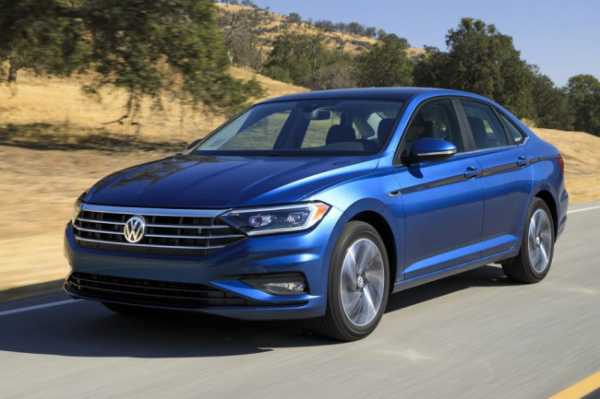 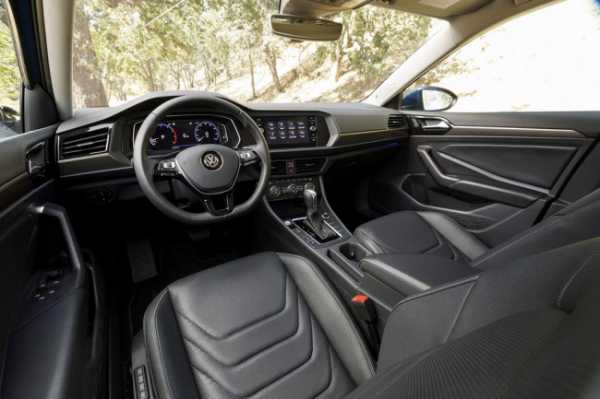 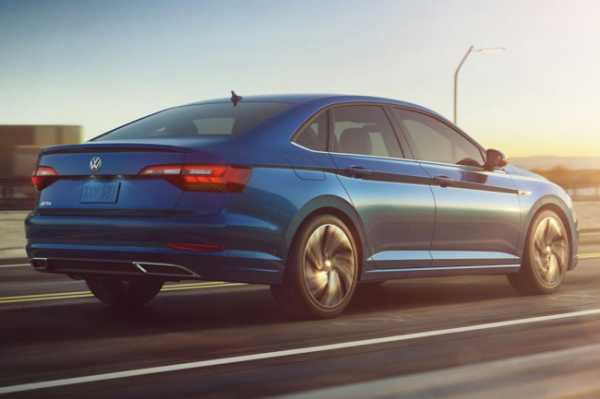 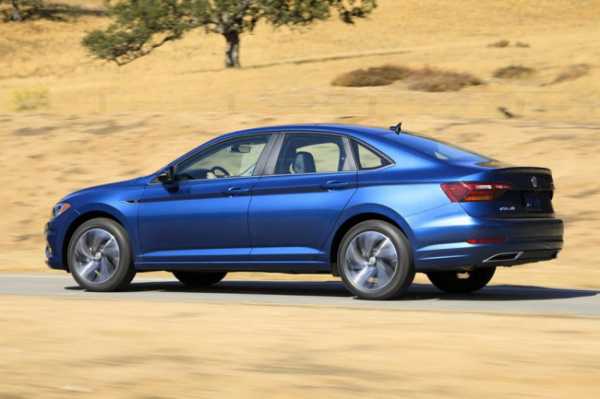 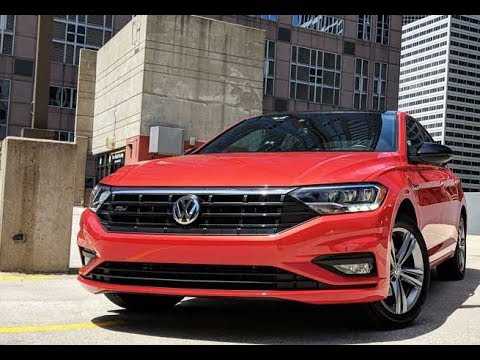 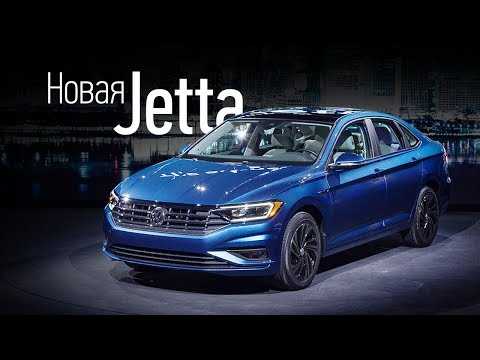 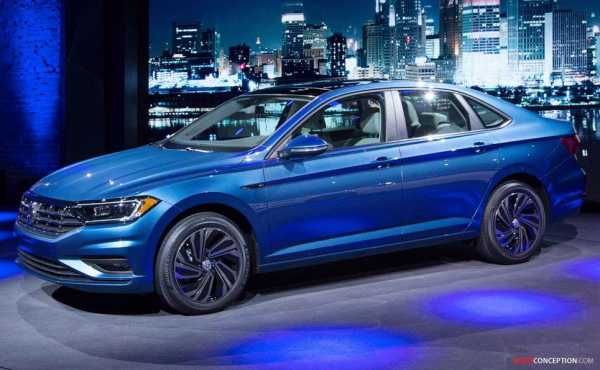 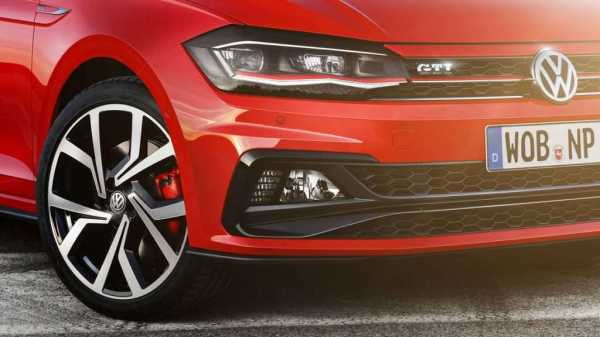 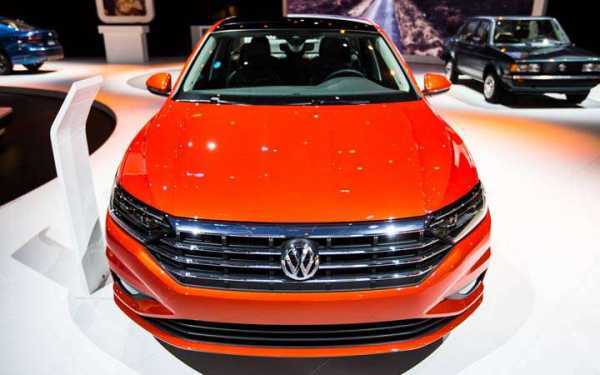 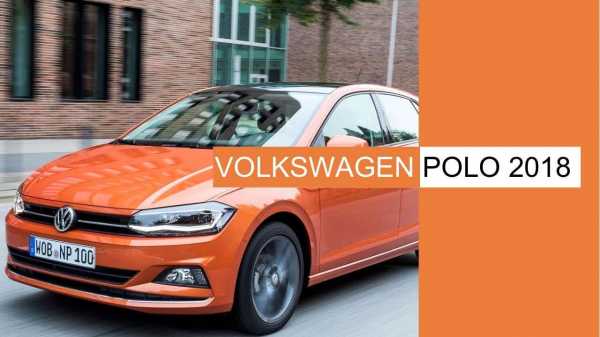 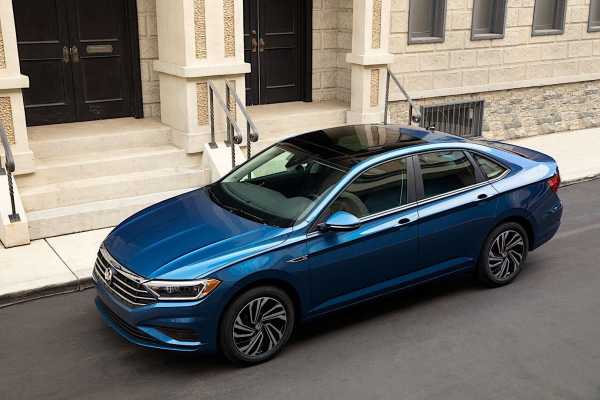 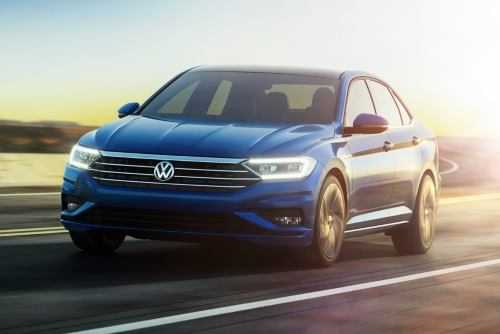 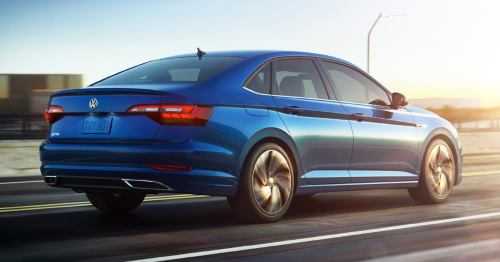 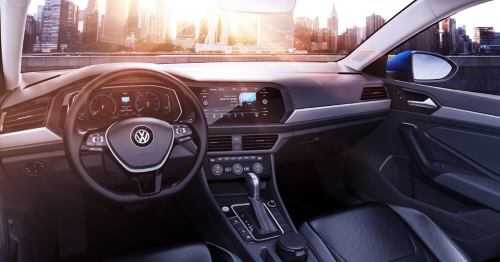